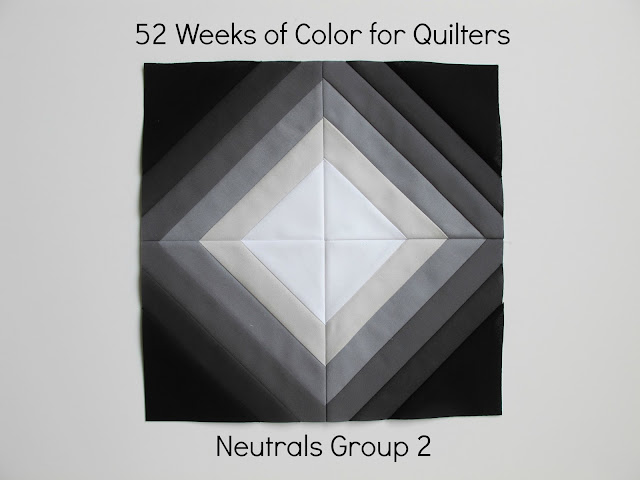 Welcome back! This week we're talking about the other Neutral Colors (and I'm sure you already knew them) black, white and grey. Even though these colors aren't on color wheel in this form they are vital to mixing different colors and we'll talk more about how important they are in the next few weeks.  Black and white are like the Primary Colors in that you can't mix any two colors together to create them, you just have to have them. When I was in school we were taught that black is the absence of all colors and white is the presence of all colors - which seemedcompletely backwards to me.

BUT lets keep it simple. Black and white are neutrals, meaning they have no color temperature. Black is the darkest color and white is the lightest. Greys are mixed by combing black and white in different amounts. These neutrals are also the key to creating tints, tones and shades. That makes more sense doesn't it? 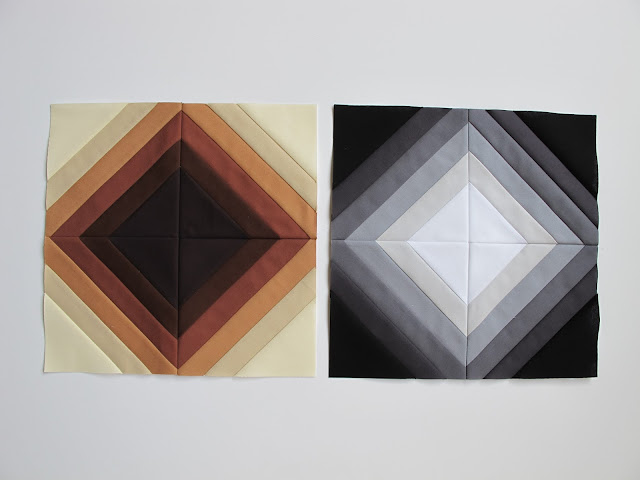 So last week we talked about browns, beiges and creams as Neutral Colors and this week we've added black, white and grey. In theory these colors have no color temperature, they're not warm or cool but in the real world they almost always do have a warm or cool aspect, which I'm sure isn't news. We've all see browns that seem really orangey and warm and greys that seem so cool they're almost blue or violet. These are colors that generally blend in or are used for background colors.

Next week I'll show how black, white and gray look when you start mixing them with another color! This week I have a photo heavy but lightly worded tutorial on how to make a string block with the strings centered in the middle. 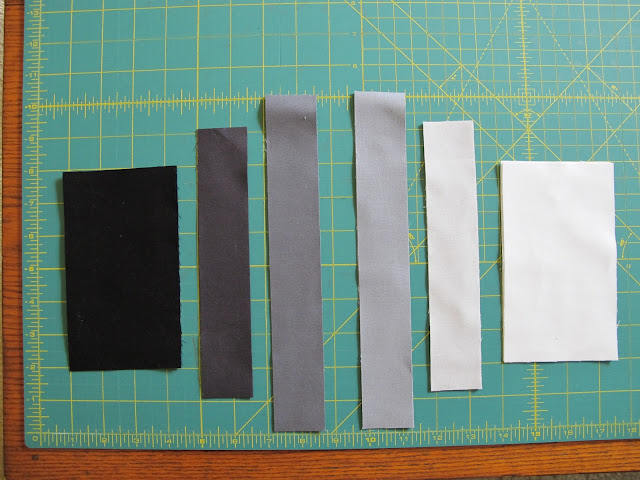 To make the block I did you need six colors, 4 pieces of each. Sizes are below under each strip: 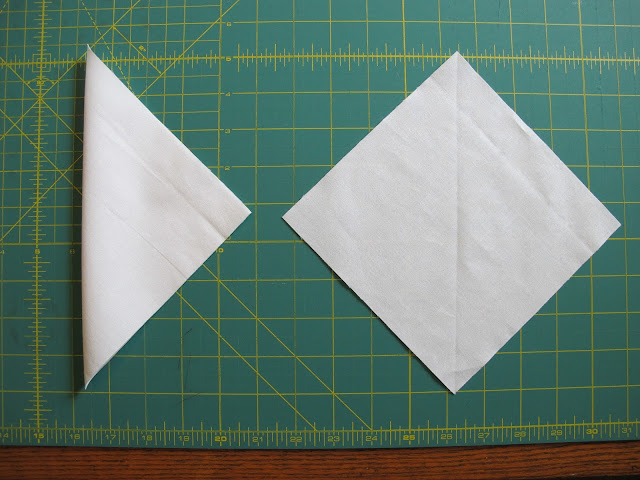 You will need FOUR 6.5" squares of muslin for your foundation squares. Fold them diagonally and finger press to get a straight line going from corner to corner. 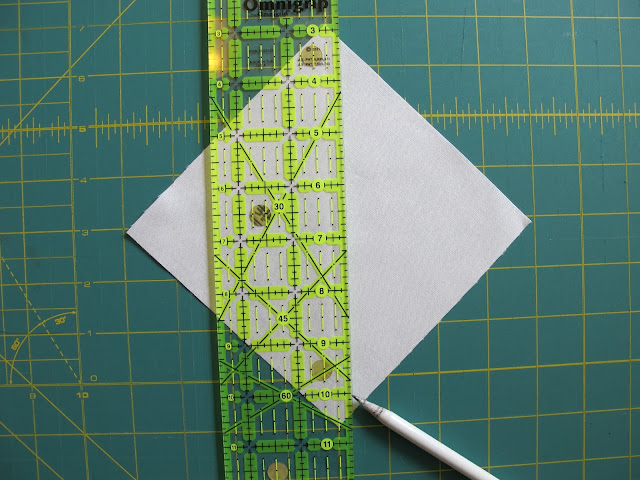 Now make a line 1/4" from the crease you just created. 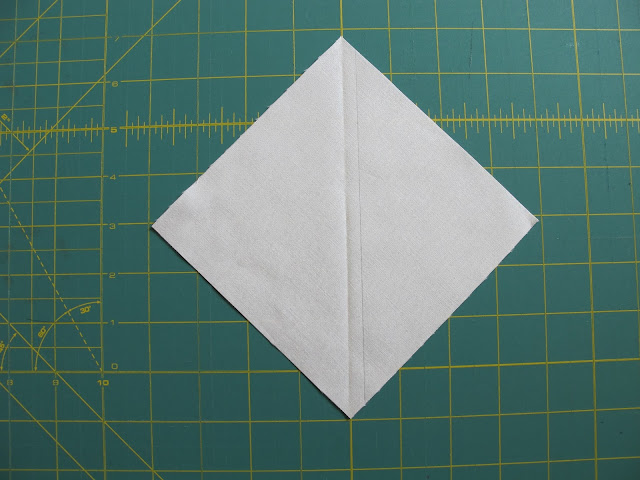 See that line? That's where you'll line up your first two strips. 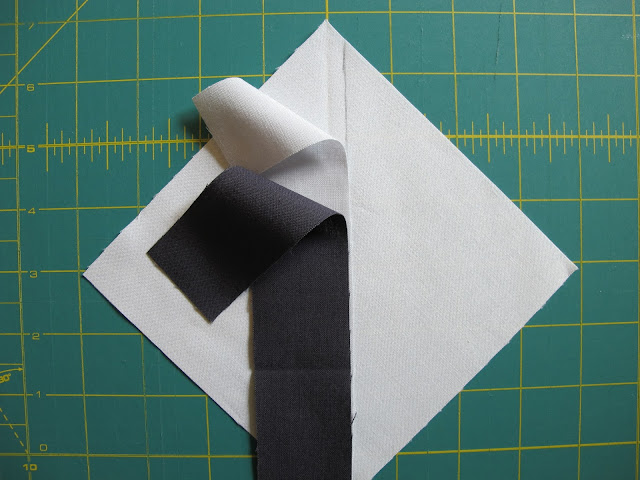 Line up both colors middle colors against the line you just drew, one on top of the other. You can pin if you're worried about them shifting but I don't. 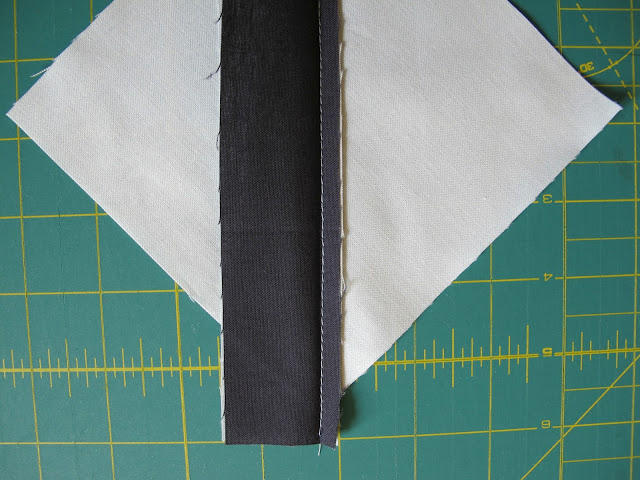 Sew along the edge that is lined up on the pencil line with a 1/4" seam allowance. Press open. 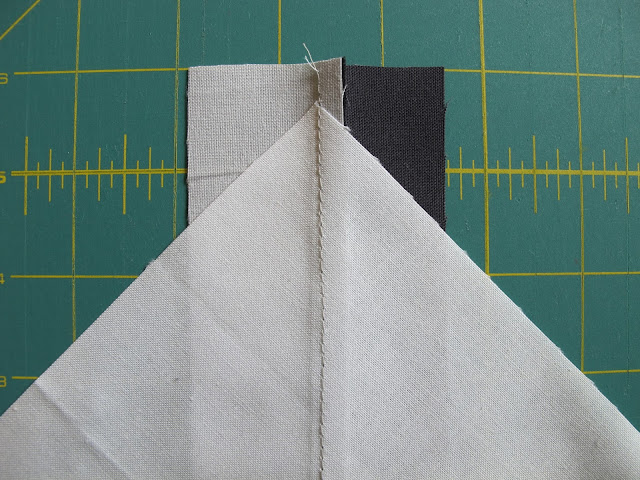 From the back you can see that you really just sewed right along the creased line in the middle! 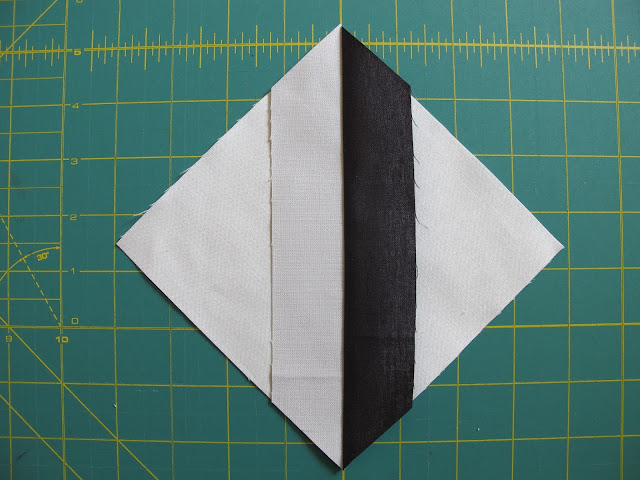 Ta-da! Centered strings! (and these colors don't match the color set in the first photo because I took very detailed photos of lining the strings up on the crease instead of the drawn line my first go-round. Doh. So the directions here are correct but refer to the first photo for the correct order of the colors). 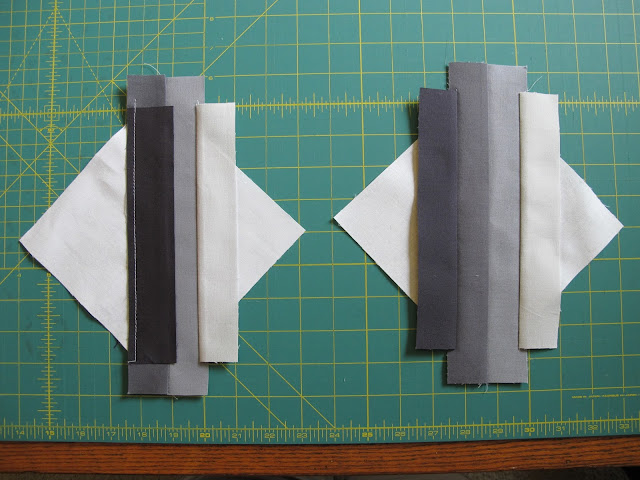 For the remaining strings (strips) you lay them on top and sew on the outside edge, then press open. Strips on left side get sewn along the left edge and on the right side they get sewn on the right edge. 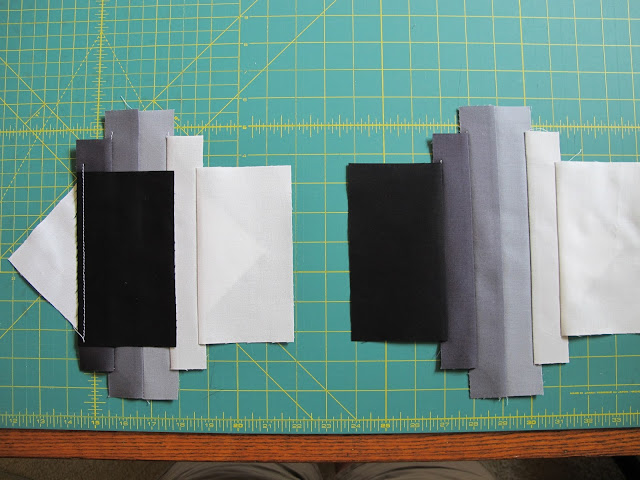 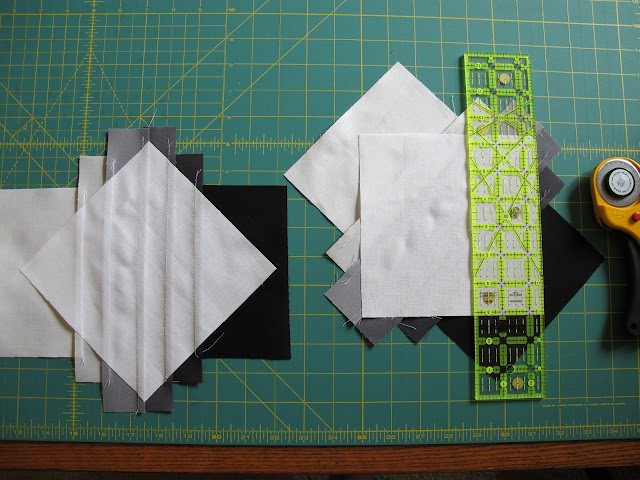 Flip over and use your foundation squares as a trimming guide. 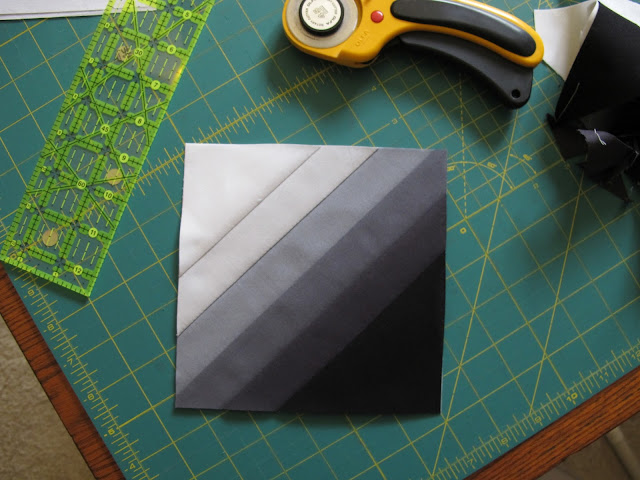 Repeat four times, play with arrangements and sew together to make your block!