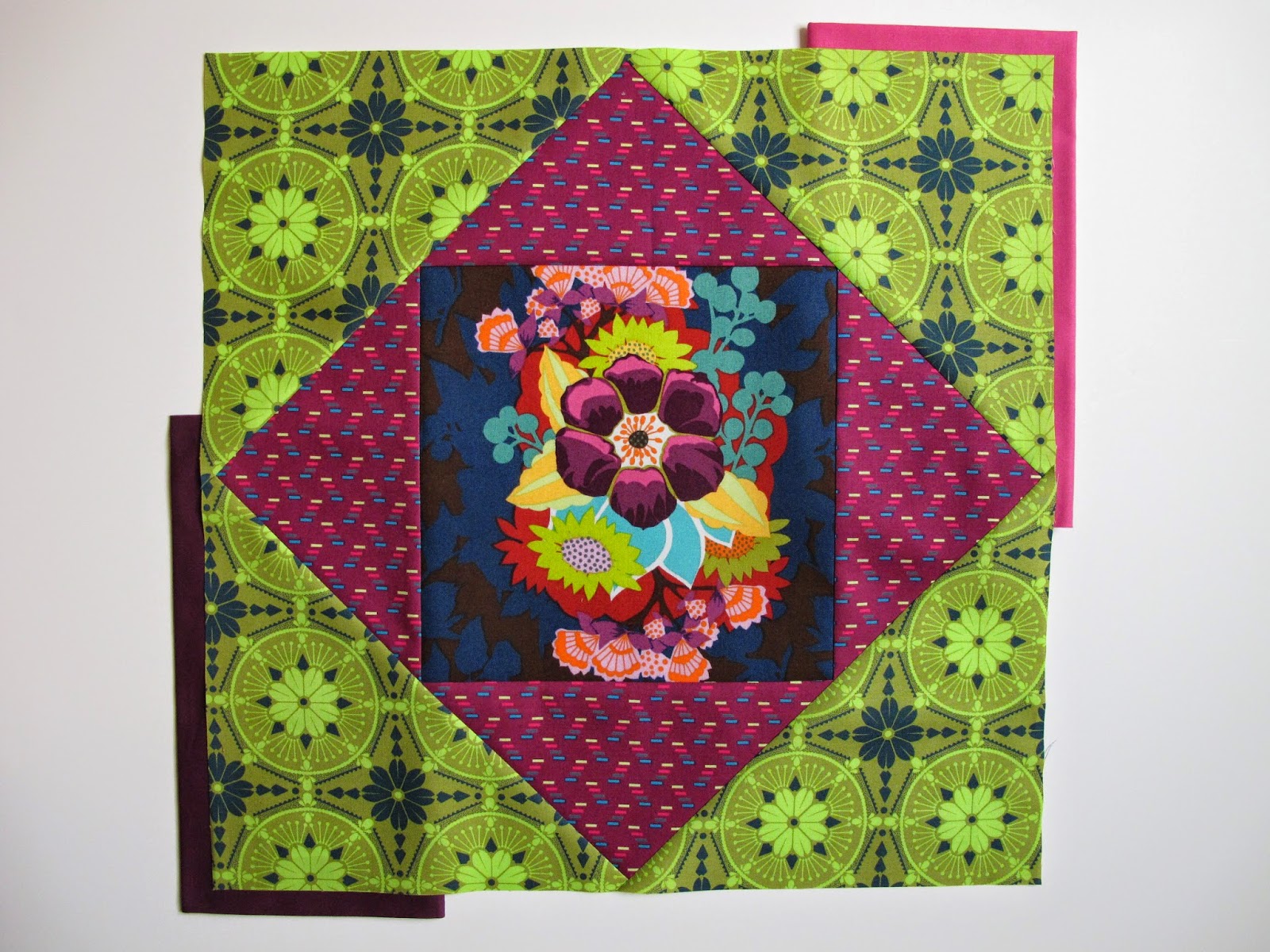 So here's the same block from Monday but done with prints instead of solids - big difference. This gives you a great place to focus on a large print or an image that you'd like to fussy cut.

This one isn't quilted yet but I'm hoping to have some time to get it done this weekend - auditioning a couple solids for the binding.  That bottom one is Kona Eggplant (not black). Feel free to yell it out if you like one better or have another suggestion. 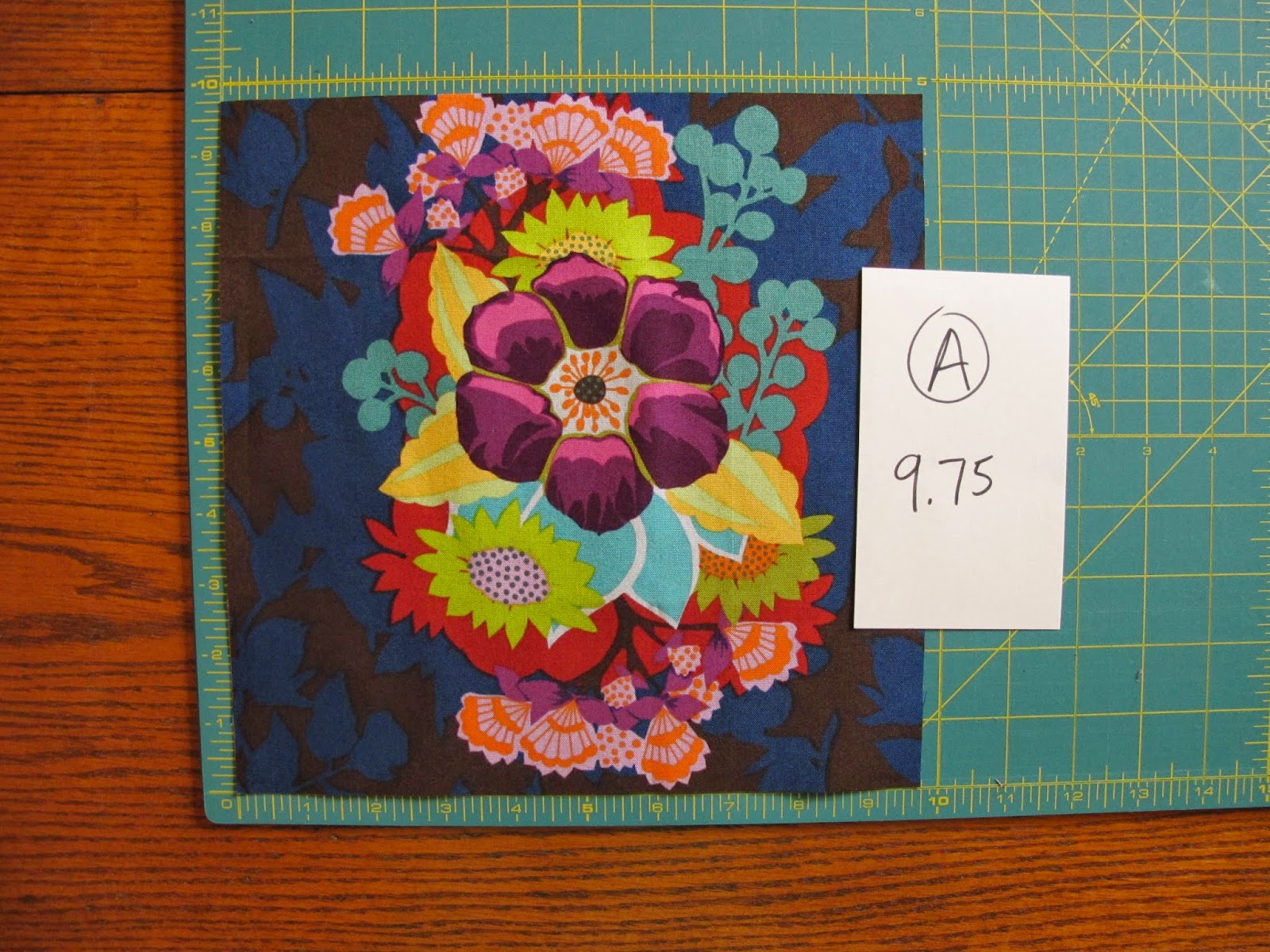 Happy to share the measurements I used. This block has 3 components, the A part is 9.75" square. 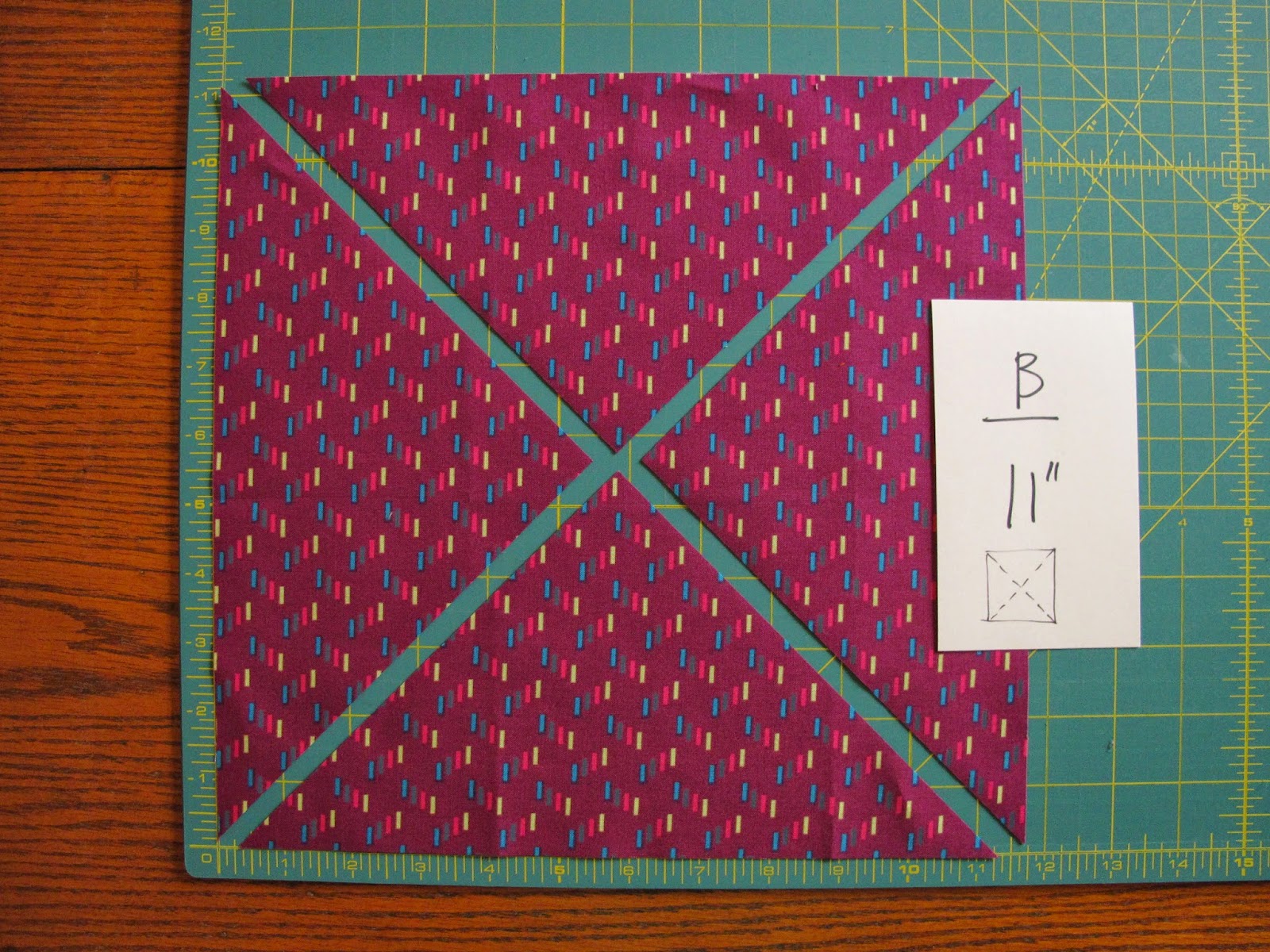 The B portion is one 11" square that you then sub-cut into 4 triangles.
Full disclosure: my math said that this portion should be 10 and seven eighths (10.875") but I rounded it up to make the cutting easier and it seems to still work fine. 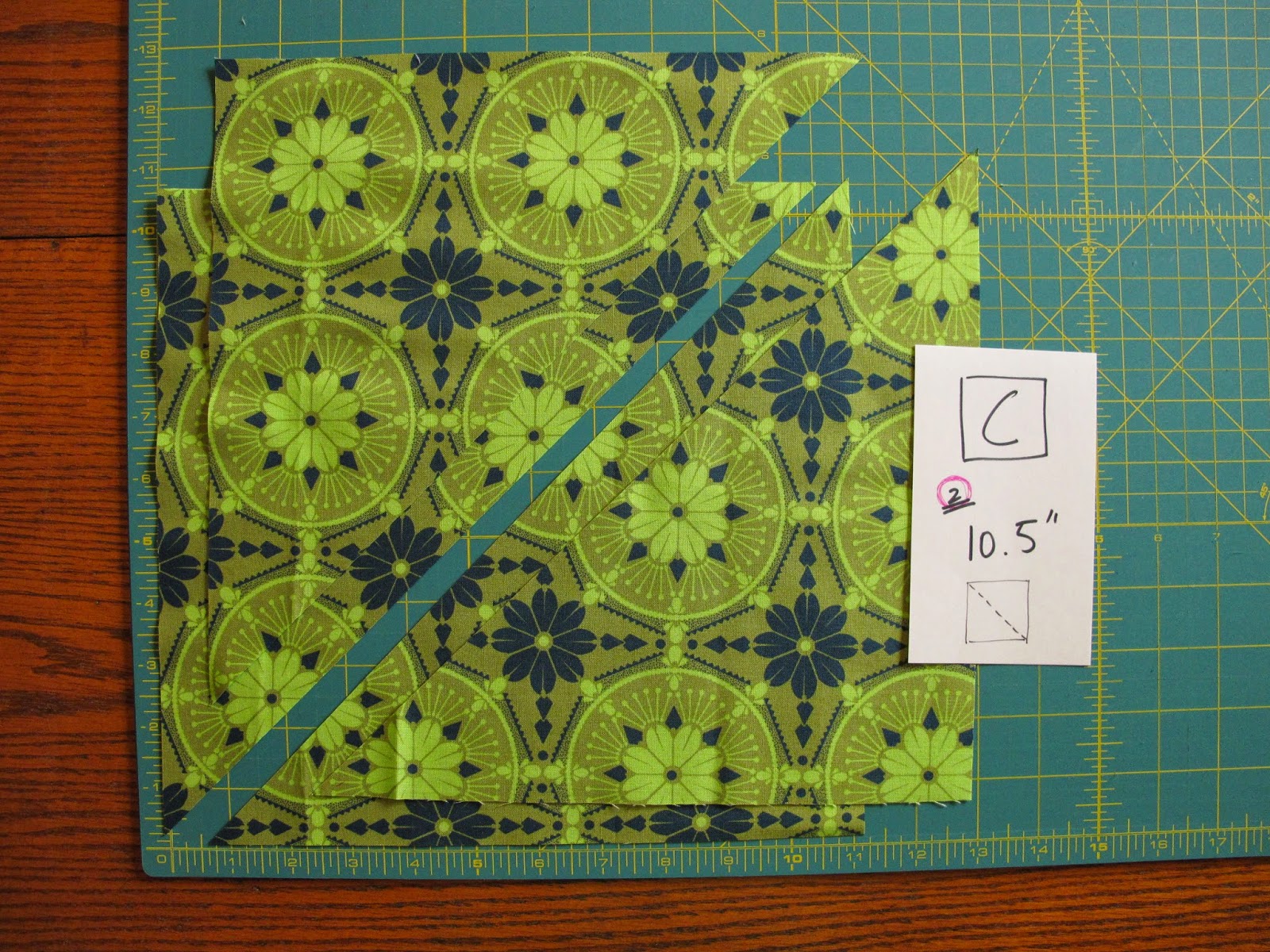 The C portion is TWO 10.5" squares that you then sub-cut in half. 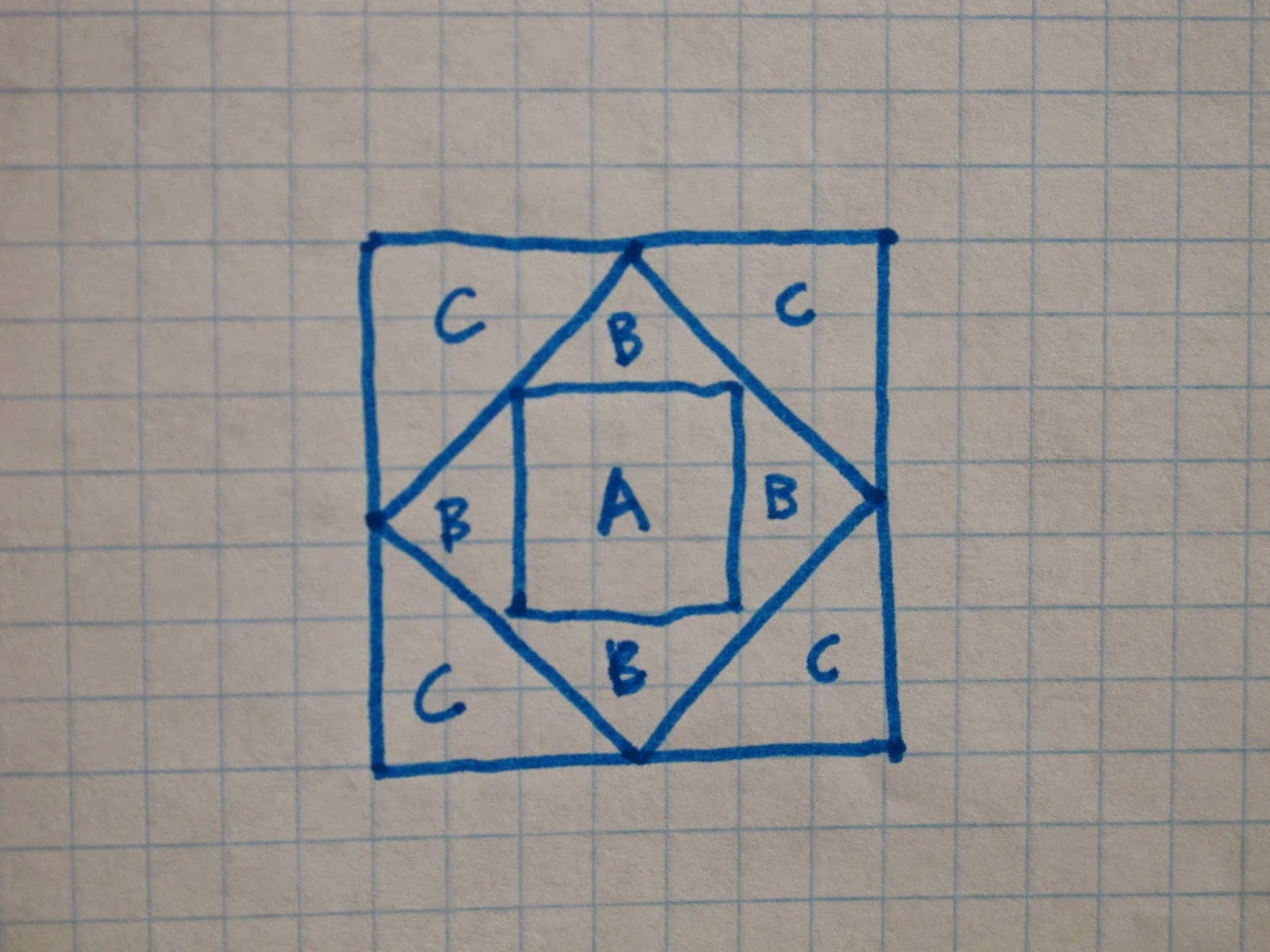 To assemble: you sew two B triangles to the A square on opposite sides, press and sew the last two B triangles to the remaining A sides. I finger press the A block in half and then in half again to get lines in the middle that I can align the triangles with as I sew. Trim the block making sure to leave a 1/4" seam allowance outside your triangle points.

Repeat for adding the C triangles.
If this doesn't make sense I'm happy to do a tutorial on assembling - let me know if you'd like to see one (I know I sometimes don't get it until I see it).

Hope this provided some inspiration!
Check back on Friday for my last installment with this block - I'll show you one more way to put this versatile block to work.

If you're in the States I hope your Thanksgiving tomorrow is full of all good things and if you're further afield, well then, have a wonderful Thursday!