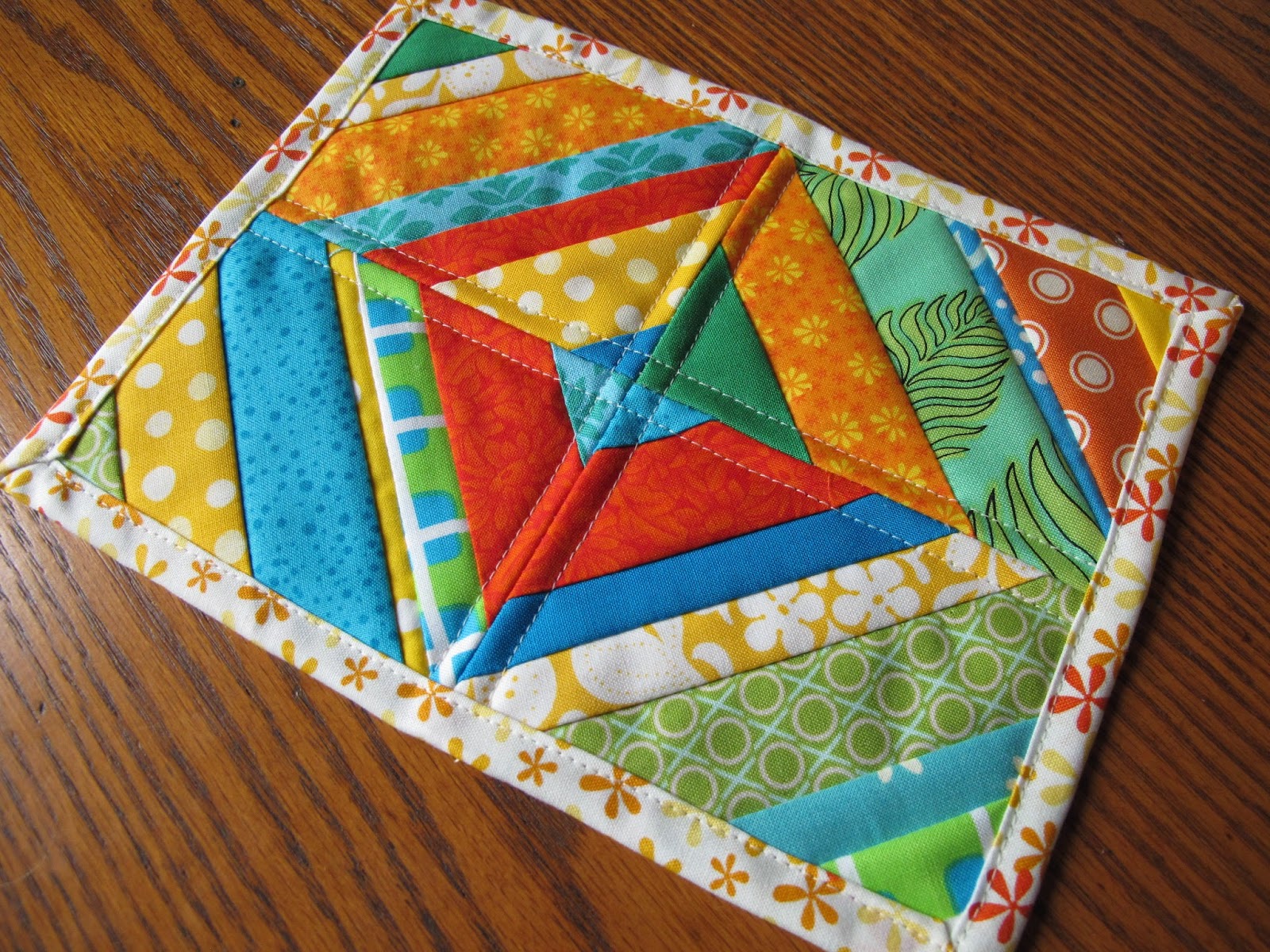 So I'm sure many of you have seen Maureen Cracknell's gorgeous QAYG Herringbone quilts, right? If not go check them out on her blog. I've been super curious about how the block would feel when you join the bulk of the batting in the seams so I decided to make a little mug rug this way as a trial.

I cut 4 pieces of batting each 3.5" x 4.5" and then marked my angle on each piece. Then I added my strings just like you would for a regular string block and trimmed off my over hang. You can find Maureen's full tutorial here, which is what I did on a small scale. 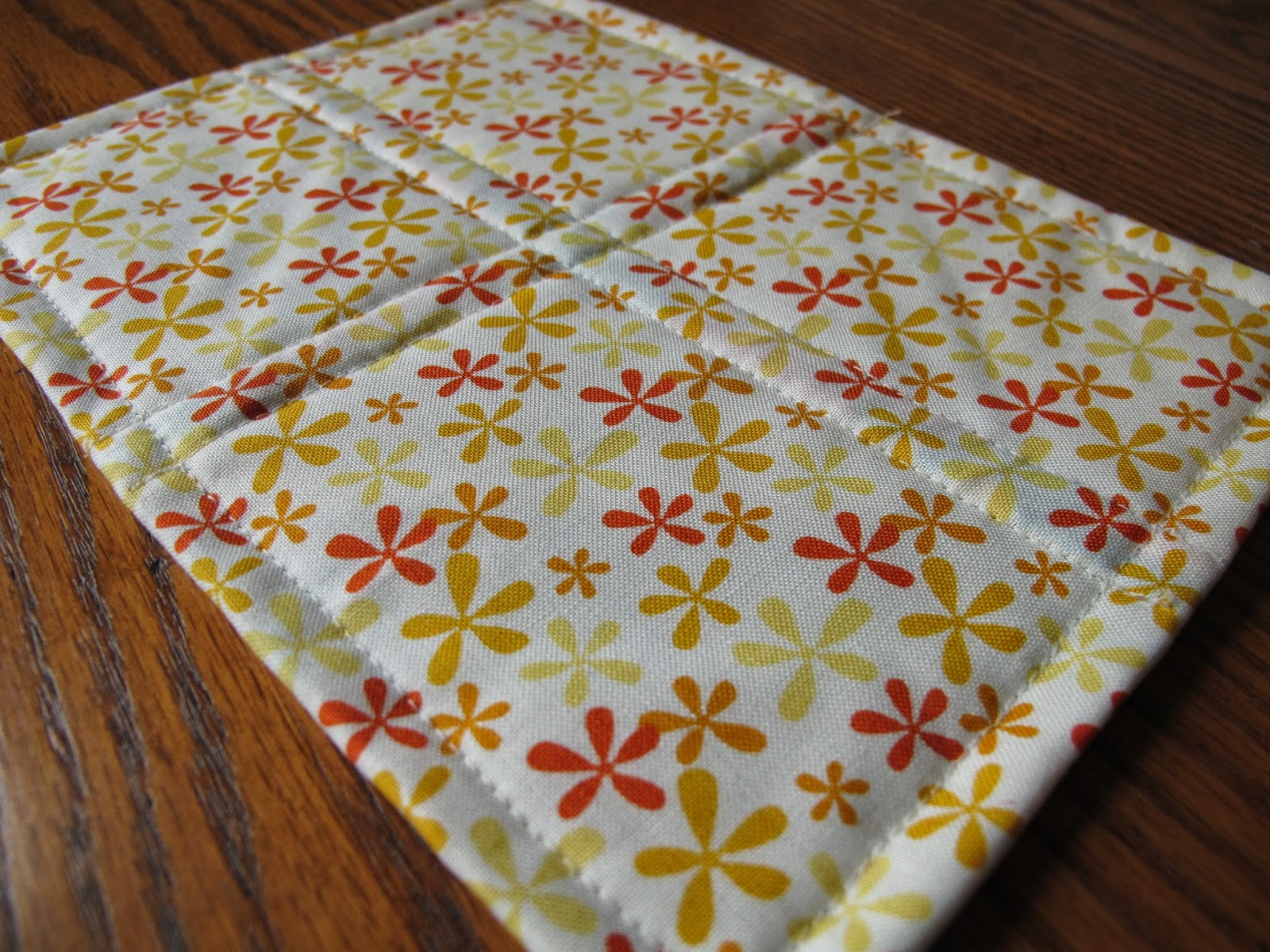 Maureen used long rectangles and I was actually curious about using smaller blocks so it could be easier to work on in small chunks, so I used 4 blocks instead of just 2 long rectangles. So I joined my blocks and used Cluck, Cluck, Sew's self binding technique (which I am in love with now for small projects). I only quilted it along the seams as you can see in the photo above.

There is a noticeable ridge along where the seams were joined as I suspected there would be from the bulk of having the batting in the seams. I think it's a completely personal decision whether the bulk bothers you enough to not want to use this method - to me it's noticeable enough that I'm not sure I want a quilt done this way. The biggest knot comes from where all 4 corners meet and if you were using only rectangles that would be avoided. 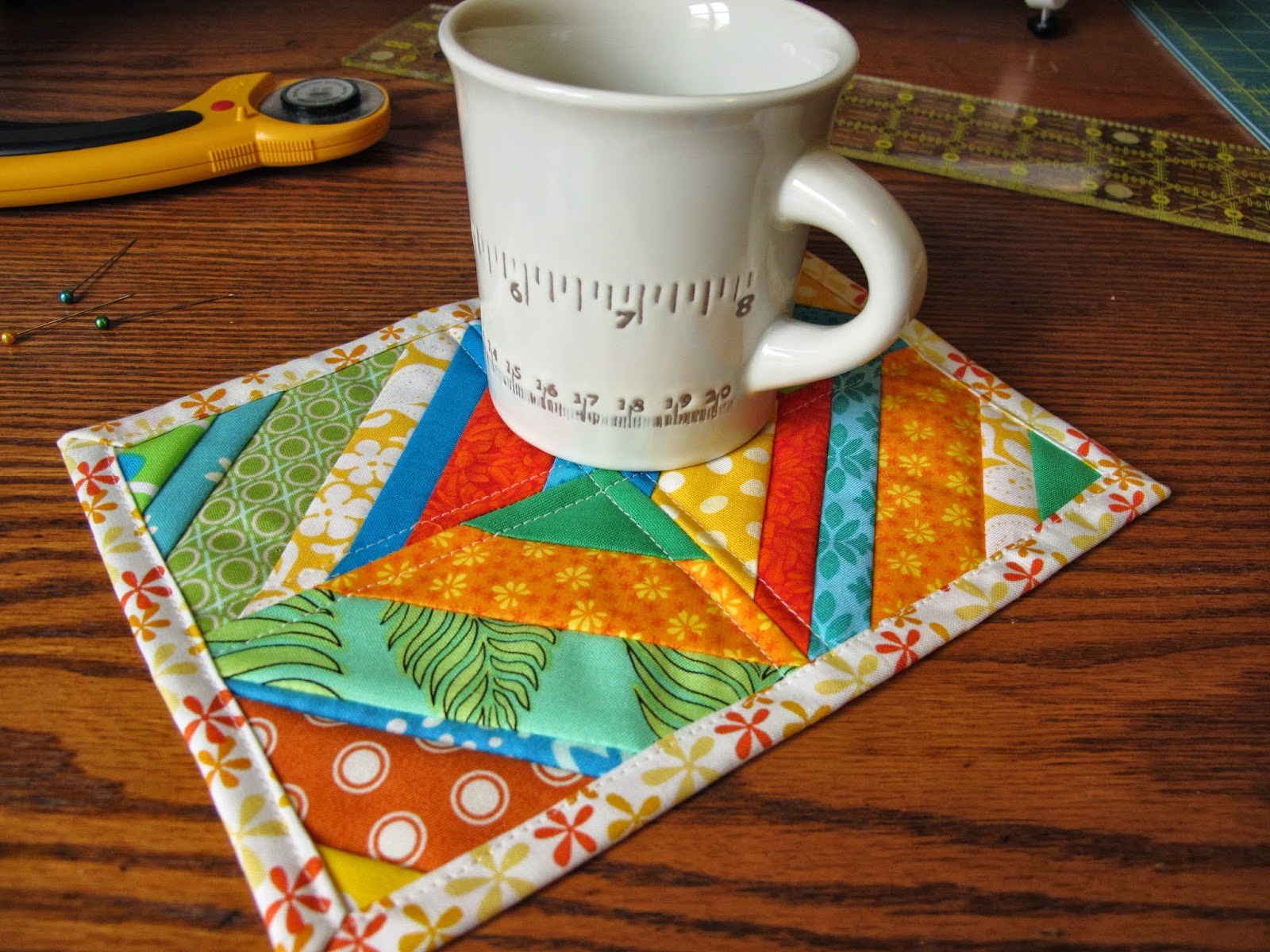 Still LOVE Maureen's quilts so I haven't ruled it out completely but I'm so happy thatI tried it on something small first so I could make an informed decision. Also makes a pretty cute addition to the craft room ;-)

Thanks for stopping by!
Posted by Darcy at 6:00 AM